e’re approaching the end of the 2022 foaling season now at both Kiltinan and Watership Down. We were delighted to welcome the safe arrival of Dar Re Mi’s colt foal by leading sire Lope De Vega on 26th April. He is a strong foal and typical of the sire, Simon Marsh added ‘we’re delighted with him’.

Eight-year-old, G2 Lancashire Oaks winner Horseplay (Cape Cross) foaled a strapping Too Darn Hot colt earlier on in the week to conclude the Watership foaling season. Horseplay’s first foal sold at last years’ Tattersalls October Book 1 sale for 350,000gns to Godolphin and she has a sensational Dubawi colt yearling to look forward too.

Over in Ireland, it’s been a very busy season for Donna and the team, foaling down over thirty mares, including Royal Intervention. She was born and raised at Kiltinan and the team also looked after her dam, Exciting Times for over twenty years. Royal Intervention has produced an exciting first foal by Lope De Vega and has been a textbook Mother. Donna added ‘he is a lovely first foal with lots of strength and presence’.

The dual listed winner and G3 performer Trethias has provided her owners, Stonethorn Stud Farm with a strapping Too Darn Hot filly foal. The mare has young, progressive pedigree to look forward to, with a Dubawi yearling colt to follow.

A firm favourite with the team at Kiltinan, born at the end of March is a striking Night Of Thunder colt out of Cup Cake, the Dam of G1 winner Suedois. His unusual markings took the team by storm, Cup Cake definitely iced this one!

It’s been a great few weeks on the racecourse for graduates and homebreds alike, including Darlectable You, the four-year-old filly out of Dar Re Mi, by the great Dubawi, making her a full sister to So Mi Dar, Lah Ti Dar and Too Darn Hot. She broke her maiden at Windsor and she is now in foal to Frankel. We look forward to her arrival back at the stud to retire as a broodmare over the summer months.

The Flaxman Stables owned filly, Spell On You (Caravaggio) has shown consistent form this season to win twice from only three starts. She was born and raised at Kiltinan and her Dam, Nature Spirits (Beat Hollow) has produced a total of four winners and has a quality Starspangledbanner colt yearling.

We were delighted to see a successful return for Kiltinan born and raised, Stradivarius. He’s now taken his tally to a total twenty wins and remains unbeaten at York, securing a third Yorkshire Cup in the process for owner breeder, Bjorn Nielsen.

Three-year-old Kingman gelding, King Of Time, raced by Godolphin, is now three from three remaining unbeaten when finishing strongly at the Guineas meeting at the end of April. King Of Time was bred by Bjorn Nielsen, born and raised at Kiltinan out of wonderful mare, Lombatina (King’s Best). He was sold by Watership Down at the 2020 Tattersalls October Book 1 sale for 475,000gns.

A fantastic debut result for Dubawi filly, Royal Scandal, winning comfortably at Newcastle last week for the Fanshawe team. The three-year-old was bred by Tim Vestey, out of his Authorized mare, Seal Of Approval and was consigned by Watership Down in 2020 at the Tattersalls October Book 1 sale.

Our recent ‘name the foal’ competition for Frankel ex So Mi Dar, has now come to an end with the announcement of the winning name So Dar Licious.

Madeleine Lloyd-Webber added ‘Andrew and I were blown away by the brilliant (and extensive!) names suggested. It was extremely hard to decide. Thank you to everyone who made an effort to help us. We really appreciate it.’So Dar Licious’ is a fabulous, witty name which will hopefully bring this gorgeous filly lots of luck on the racecourse. Thank you Jimmy.’

Congratulations to winner Jimmy Cagnet and also to runner up Karen Blair with Rehearsal. Thank you again to everyone who took the time to enter. 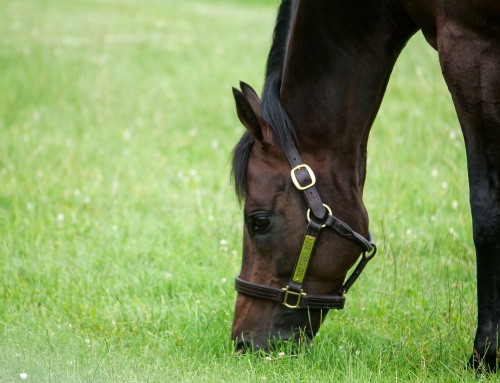