t’s fantastic to have enjoyed some glorious weather this month, after what felt like a never-ending wet Winter. Spring has certainly sprung, and the foals on the ground are developing beautifully with the sun on their backs.

The majority of mares have now foaled with the highlight being the much-anticipated birth of DAR RE MI’s colt foal by DUBAWI, foaled on 16th April. The strapping chestnut exudes class, much like the star quality of his siblings including dual Champion and G1 Sussex Stakes winner TOO DARN HOT, Pretty Polly heroine LAH TI DAR and SO MI DAR, victorious in the Musidora Stakes.

DAR RE MI, a daughter of Singspiel, was herself triumphant in four G1 races during her globe-trotting racing career (unfairly denied of her G1 Prix Vermeille crown). With an illustrious history of producing some of the best racehorses in recent years, this foal has some big boots to fill.

On 17th April, J WONDER delivered a handsome bay colt, by DUBAWI. Owned by Andrew Rosen, she raced at the top level in England under the care of Brian Meehan, winning two G3 races – the Queens Plate at Glorious Goodwood and Dubai Duty Free Stakes at Newbury. A season in America followed with Shug McGaughey before she returned to foal her first offspring with us. BOCCACCIO is unbeaten in two starts at novice level for Charlie Appleby, and as a full brother to this attractive colt, he looks an interesting prospect for the future.

Last Tuesday saw the arrival of a very exciting colt by GALILEO out of DANILOVNA. This foal joins a family sprinkled in G1 glory, his dam Danilovna is out of the outstanding broodmare HOITY TOITY who has produced the likes of dual G1 winner LILLIE LANGTRY. The family continues to produce racehorses of the highest class, as Lillie Langtry herself, has bred one of the most formidable racehorses in recent years, MINDING. This is Danilovna’s second foal and joins a full sister who is retained by owner breeder Bjorn Nielsen.

At the beginning of April saw Galileo mare CLASSIC CODE foal, a terrific filly by MUHAARAR. This is a very current and exciting family for breeder, Rifa Mustang Europe Ltd. Classic Code is out of Irish 1,000 Guineas heroine SAOIRE who has already produced G3 placed REQUISITION. This Muhaarar filly foal joins a yearling colt by Postponed and a two-year-old filly by Le Havre.

That being said, whilst our new arrivals have bought positive news, the global Covid-19 pandemic has made day-to-day tasks increasingly challenging for everyone. Kiltinan Castle Stud and Watership Down Stud are following Government guidelines including social distancing, whilst making sure all steps are being taken to stop the spread of this terrible disease.

Studs farms would not be able to operate without their dedicated staff, so we would like to thank everyone, not only at Watership Down and Kiltinan but the breeding industry as a whole for their commitment to keeping everything on the road.

Simon Marsh, General Manager at Watership Down Stud, commented; “Many of our clients’ and our own mares are at New England Stud in Newmarket and they are doing brilliantly at getting the mares in foal, alongside looking after mares with foals at foot. At Kiltinan, the staff at the stallion farms are doing a great job keeping the sheds open, and with thorough protocols in place, it will allow the season to continue while following government guidelines.”

TOO DARN HOT continues to get his mares in foal and has adapted exceptionally well to his new life. He looks magnificent and is a credit to the whole team at Darley, who do such an incredible job.

The European champion two-year-old will shuttle to Australia this year, which will give breeders down under access to elite bloodlines that are already proven successful in the country. 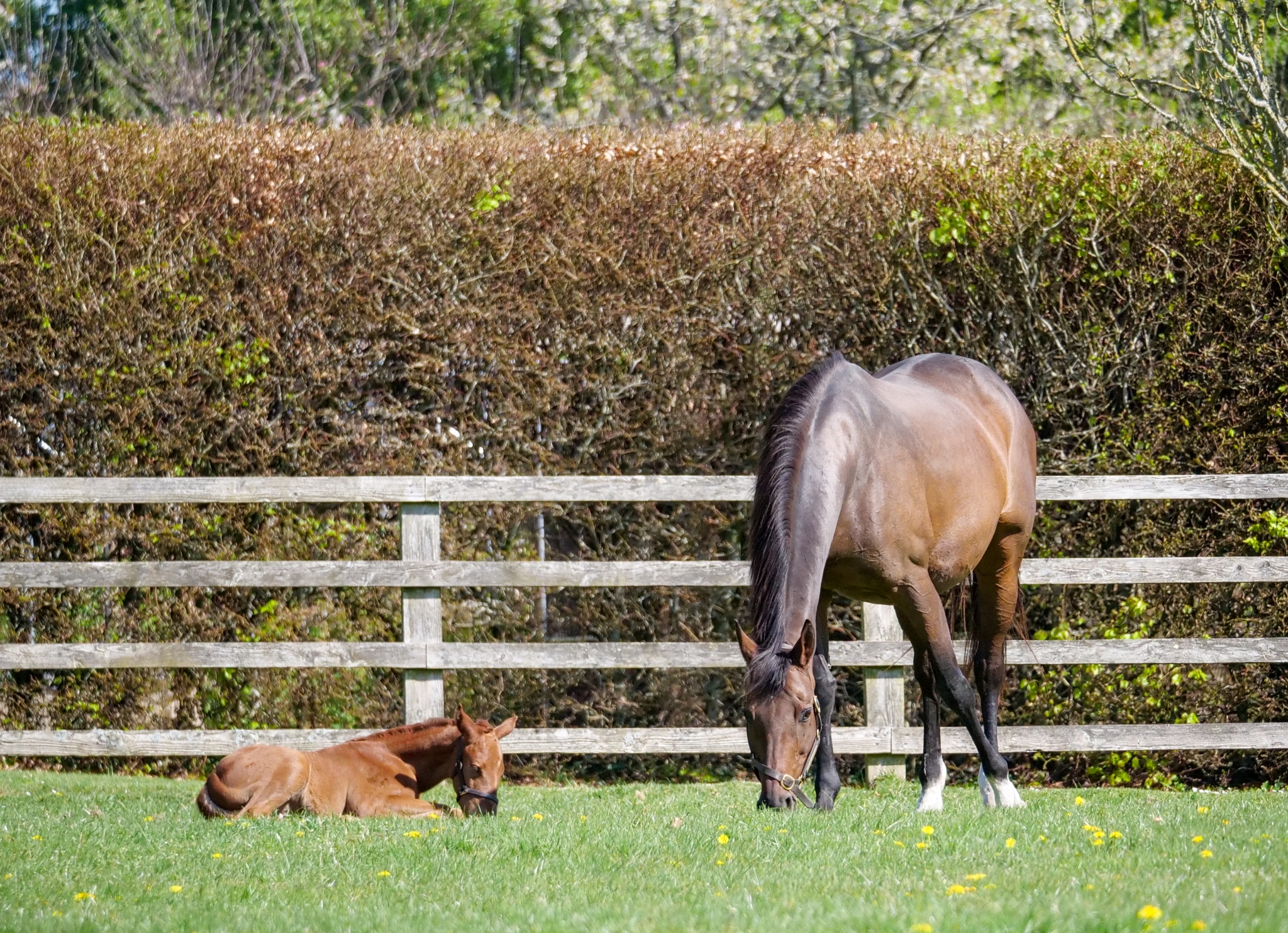